Sobel Wiki: what the Dickinson 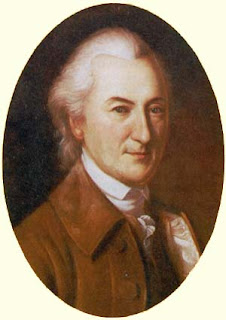 This month's featured article at the Sobel Wiki is on the Dickinson Era, the period immediately following the implementation of the Britannic Design in 1782. Unlike other historical periods such as the Era of Faceless Men and the Years of the Pygmies, this coinage does not come from For Want of a Nail itself. Sobel never provided a name for this time period, so I had to come up with "Dickinson Era" myself.

It's odd that Sobel devotes only three of the book's pages to this period, because it involved the transition of the rebellious colonies from direct military occupation to the re-establishment of civil authority, and the translation of the Britannic Design from words on a piece of paper to a functioning system of government. In a sense, it is the Sobel Timeline's counterpart to our own history's Federalist Era -- the two periods even last the same time, 13 years, and partially overlap chronologically.

Among the details of the Dickinson Era that Sobel leaves out are:

What Sobel does mention is the mutual suspicion that existed between the two rebel confederations and the three Loyalist ones, as well as the rivalry between the Northern and Southern Confederations. Sobel regards this as an unexpected flaw in the Design, but it actually makes perfect sense. After all, why divide the thirteen rebellious colonies into two confederations if not to set them against each other? The more contentious they are, the less likely that they'll unite against the mother country again.

Which raises the question of just how subtle Sobel was being. The British had a reputation for using divide-and-rule tactics to make their empire easier to manage. Were the divisions of the First Design deliberate, and alt-Sobel missed it (or refused to believe in it)? Or did our Sobel intend that the reader should accept that the First Design wasn't working the way its creators intended? It's a shame that he's no longer alive to settle the question.
Posted by Johnny Pez at 8/01/2015 06:00:00 AM 1 comment: