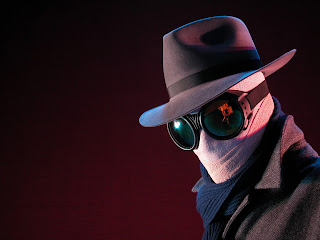 Having spent the first three chapters of The Invisible Man describing the stranger's arrival in Iping, Wells shifts to a more general account of his residency there. The stranger mostly keeps to himself in the Coach and Horses, and only goes out into the village after nightfall. There are several theories about the stranger's behavior: Mrs. Hall is satisfied with the stranger's own explanation that he is an experimenter who suffered a disfiguring accident. Teddy Henfrey thinks he is a criminal hiding out from the police. The schoolteacher Gould thinks he is an anarchist planning to commit an act of terrorism. The postman Fearenside continues to believe that he is a piebald half-breed.Whatever the explanation, the villagers generally dislike him. However, Mrs. Hall is content to allow him to stay in her inn as long as he pays his bills on time.

One day, towards Whitsuntide (ie just before Whitsunday, which in 1896 fell on May 24), the village doctor, Mr. Cuss, is driven by curiosity to speak with the stranger. The stranger explains that he is trying to recreate a prescription he was given, but which was blown into a lit fire and burned to ashes while he wasn't looking. Cuss then notices that the stranger is missing a hand. Oddly, his sleeve isn't pinned up; it moves around as though there were an arm inside it, even though he can see that there is no arm. When Cuss draws the stranger's attention to this odd phenomenon, the stranger lifts his arm up and points the sleeve directly at the doctor's face. Then, to the doctor's astonishment, he feels his nose being tweaked, as though by a finger and thumb.