Scorpions in a Bottle: The Loyalist reaction 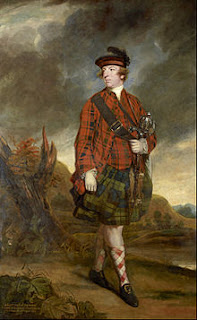 The last excerpt from Scorpions in a Bottle marks the end of the chapter on the British victory over the Americans. We continue on from there to describe the Loyalist reaction, which Sobel notes included the lynching of "some one thousand" former rebels in 1778-79. I provide a few details of that dark time here:

It seems to be a law of nature that a people suffering oppression will respond to liberation by oppressing their former tormentors. For three years, Loyalists in the American colonies had been subjected to various forms of harassment by supporters of the Rebellion. Now that their own side was ascendant, they took advantage of the reversal of fortune to revenge themselves in kind for the slights they had suffered.

The most notorious instances took place in Virginia. As soon as General Clinton established his military headquarters in Norfolk, Virginia, in September 1778, he was besieged by Lord Dunmore, the colony’s Royal Governor, demanding that he be reinstated. Lord Dunmore had been forced to flee Virginia in 1775 after issuing a proclamation declaring martial law and offering freedom to any slave who deserted a rebel master. He had left for Britain in 1776, but with the restoration of British rule to the colonies he returned. The Ministry had continued to issue Dunmore his salary as Royal Governor of Virginia during his sojourn in Britain, and he was finally able to prevail upon Clinton to restore him to power in the colony, supplanting Governor Pendleton.

Clinton had ordered the arrest of several prominent rebels, including Washington, Jefferson, and Henry, and they had been sent to London to face charges of treason against the Crown. Dunmore was not satisfied with these limited measures. He was determined, he said, “to see treason extirpated root and branch from this country.” Although Clinton prevented Dunmore from carrying out mass arrests of former rebels, the governor was later accused of encouraging lynch mobs that killed at least 600 men who had served on Committees of Correspondence and Safety and in the Continental Army. Some former Continentals began organizing their own militia to fend off the lynch mobs, and clashes between the two groups threatened to develop into civil war. At the behest of Bland and other moderates, Clinton finally removed Dunmore from office, appointing Bland in his place.

By then, however, the rebel militia had become too powerful to disarm, and too distrustful of British rule to disband. They found a leader in Francis Marion, a South Carolinian who had fought against the Cherokee during the French and Indian War and received a captain’s commission in the Continental Army. Apart from a battle with the Royal Navy in June 1776, Marion had seen no action during the Rebellion. However, his commission in the rebel army resulted in his arrest after the restoration of British rule, and the forfeiture of his property. After escaping a lynch mob in November 1778, Marion fled to Virginia, where he soon joined the rebel militia being organized against Dunmore. Marion’s experience fighting the Cherokee allowed him to successfully ambush several lynch mobs, and the militiamen elected him their general early in 1779. When Clinton sent his own troops to put down Marion’s militia, they withdrew into the Virginia and Carolina backcountry. For the next 25 years, Marion’s men eluded capture while carrying out raids against prominent supporters of British rule. [1]

Similar incidents of lesser severity occurred in the other twelve colonies. These served to convince many former rebels that they could expect nothing but further harassment from their fellow Americans, and that their only hope for a decent life was to leave the American colonies. Hamilton later wrote, “The nature of man is to seek revenge for real and imagined wrongs. Reluctantly, then, we must move on. To stay here is, unfortunately, unthinkable.” [2]

By 1780, Hamilton, Arnold, and various other leading former rebels had organized two expeditions. The northern expedition, led by Artemas Ward, set out from Pittsborough in March and traveled down the Ohio River to the settlement of Kaskaskia (later Fort Radisson) on the Mississippi. At this point, Ward chose to cross the Mississippi and travel overland to the west, rather than sail upstream to the former French settlement of St. Louis. Nothing further is known of Ward’s expedition; no word from any member ever reached the British colonies. [3]

3. The mystery of the fate of the Ward expedition has become a perennial subject of speculation, similar to that of the “Lost Colony” of Roanoke. As early as 1797, during the conquest of Spanish Louisiana, some of the men in General Edward Curtis’s army sought for evidence of the expedition’s fate, but in vain. Most likely, the expedition was slaughtered by hostile Indians before it was able to establish a permanent settlement. The most thorough account of the expedition itself, and the efforts to locate it, is Angela Ott. The Ward Expedition: History and Myth (New York, 2007).
Posted by Johnny Pez at 2/21/2016 07:36:00 PM