Scorpions in a Bottle: The First Grand Council 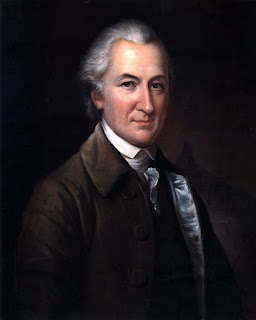 Work on Scorpions in a Bottle continues. This section, the first part of Chapter 6, recounts the reaction to Burgoyne's death, and the first meeting of the Grand Council in 1783.

The death of the Duke of Albany shocked the people of the C.N.A. At 61, Albany had been in robust health, and was widely expected to remain as Viceroy for several years.

Lord Cornwallis was in Pittsborough to attend the upcoming Grand Council meeting, and he was able to immediately step in and take up his duties as Acting Viceroy. It was Cornwallis who presided over the first meeting of the Grand Council. Since he had little interest in the issues raised by the various delegates, he mostly remained in the background after Dickinson was chosen to preside over the Council. [1]

The first question to be addressed was whether the Council had a quorum, since Manitoba had declined to send a delegation, and three of the Indiana delegates were still in transit from Fort Radisson. Dickinson urged that it would be unwise to leave the business of the Council a hostage to fortune, dependent on the uncertainties of travel, weather, and the whims of the individual confederation councils. Privately, he suspected that Legge’s recent death would keep the Manitobans from participating in the government of the C.N.A. for some time to come, and he preferred to carry on without them rather than allow their absence to delay the Council’s work. He persuaded the Council to rule that as long as delegates from at least three confederations were present, the Grand Council had a quorum to conduct business. [2]

The council also dealt with ongoing border disputes between the Northern Confederation and its northern and southern neighbors. The dispute with the Southern Confederation over the area south of the Ohio and Monongahela Rivers was resolved in the N.C.’s favor, with the line surveyed by Mason and Dixon in the 1760s being extended to the Ohio River. The dispute with Quebec over the northern border of the District of Maine was shelved in the absence of accurate surveys of the area. [3]

Dickinson’s report to the North ministry on the first Grand Council meeting may have influenced the ministry’s choice of a successor to Albany. It was initially assumed by North’s cabinet that Cornwallis would succeed to the post. Dickinson’s report swayed the ministry to the view that Cornwallis’s marked disinterest in civil administration meant that he should continue his current offices as Lt. Viceroy and commander-in-chief of British forces in North America. Sir Charles Jenckinson, who had succeeded Rockingham as Colonial Secretary after the latter’s death, recommended Lord Dorchester for the post. Lord North felt that Dorchester would be of more use if he remained as Governor-General of Quebec. North surprised those present by suggesting Dickinson himself as Viceroy. It had been generally assumed that the Viceroy would be British, since the post had been envisioned as a direct representative of the Crown in the North American government. However, once the idea of a North American Viceroy was broached, it was agreed that Dickinson would be the best candidate. [4]

4. North was favorably impressed with Dickinson’s dedication to the cause of Anglo-American unity during the drafting of the Design in 1780. It has been suggested that North privately preferred Dickinson over Burgoyne for the office of Viceroy at the time, but allowed himself to be persuaded to support the latter. See Poorman. Designing the Design, pp. 255-58.
Posted by Johnny Pez at 6/18/2016 11:36:00 AM