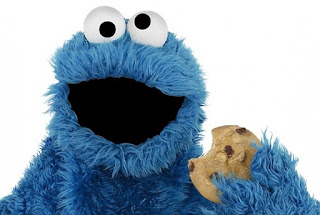 When I posted my obscenity-laced, spittle-flecked rant open letter to my fellow white men a few days back, I figured I'd get at least one response from a white supremacist, and I was right. The white supremacist in question was Fritz Knese, one of my girlfriend's ex-boyfriends. Fritz commented:


I am all for reading Asimov, but your concept that white guys should stop recognizing reality is BS. Like it or not, white men have made the world of today for the most part. We should not be apologizing to anyone for daring to be better.

As Tim Gueguen subsequently noted, Fritz managed to completely miss the point of the post.

The phenomenon of confirmation bias is well-established in human psychology. Basically, we all believe what we want to believe, selectively editing the information we receive in order to emphasize anything that confirms what we believe, and de-emphasize anything that contradicts what we believe. Confirmation bias allows Fritz and myself to access the same pool of information and draw totally opposite conclusions about the relative abilities of different races. Fritz believes that "recognizing reality" means agreeing with him about white supremacy, and I believe that "recognizing reality" means agreeing with me about racial equality.

Well then, does that mean that I don't think it's possible to determine which of our world-views jibes more closely with objective reality? Again, nope. We would not have been able to build up our current body of scientific knowledge unless we had a useful method for comparing different hypotheses and judging which conforms more closely with reality.

The problem is that our emotions tend to interfere with the process of judging hypotheses. Even the scientific method can be overwhelmed by the emotions of the all-too-human researchers who use it, sometimes unconsciously, and sometimes due to deliberate fraud. The more heavily invested our emotions are in a particular matter, the harder it is to keep bias from skewing the results. And you won't find a more emotionally-freighted question than that of racial superiority. It's going to be damned hard to find a way to get objective information on this topic, if it's even possible at all right now.

So let's leave to one side the question of whether Fritz or I is objectively right about race. Instead, let's look at another question: why do we believe what we believe? Given that our emotions are so heavily invested in this issue, it seems clear to me that, despite what Fritz says in his comment, "reality" has nothing to do with our beliefs. So let's look at the motivations behind white supremacy.

This is what I meant when I wrote that white supremacists turn themselves into monsters. By exalting their own group, they inevitably denigrate other groups, ultimately refusing to recognize the common humanity we all share. They've started walking down a particular road, and that road leads directly to the Nazi death camps. They may deny that that is their chosen destination (though plenty of white supremacists don't deny it), but that's where they're going, whether they admit it to themselves or not.

So, Fritz, you've got to ask yourself: is this where you want to go? You can deny it all you want (assuming you do in fact want to), but the logic is plain. Even if you've convinced yourself that all you're doing is "recognizing reality", you can still choose to reject it. You can say, "If reality requires that I be a monster, then I want nothing to do with reality, because it's better to be a human being than a monster."

Better yet, you can admit that your own confirmation bias may have led you astray, and that the question of racial superiority isn't as settled as you think it is. In that case, there's no need to reject reality. You can just admit that you aren't sure what the truth is, and in the absence of any certain proof one way or the other, you choose to err on the side of humanity.