Moreau XXI: The Reversion of the Beast Folk 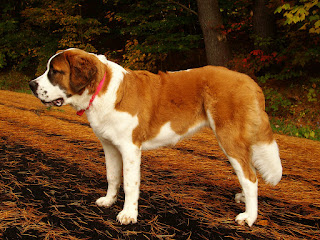 As chapter XXI: "The Reversion of the Beast Folk" opens, Prendick acknowledges that he has "became one among the Beast People in the Island of Doctor Moreau." He awakens at night to find that the uplifted St. Bernard dog has joined him in his hut. The uplifted dog declares himself Prendick's slave, and Prendick accepts him. With a faithful servant at his side, Prendick's courage revives. Together, the two of them join a score of the other uplifted animals who have gathered together around a fire. Prendick repeats that Moreau is not dead, and is still watching over them.


“The House of Pain is gone,” said I. “It will come again. The Master you cannot see; yet even now he listens among you.”

They were staggered at my assurance. An animal may be ferocious and cunning enough, but it takes a real man to tell a lie.

Over the course of the next hour, Prendick manages to convince a few of the uplifted animals, and sow enough doubt in the minds of the others to ensure his own safety and maintain the force of the Law.

However, Moreau's surgical uplifting was not permanent. By slow degrees, his experimental subjects lose their grip on humanity and revert to animalism. As they do so, Prendick and the uplifted dog move out of the uplift village and set up a separate hut in the ruins of the burned-out compound. "Some memory of pain, I found, still made that place the safest from the Beast Folk."

Prendick keeps watch for ships, especially the Ipecacuanha, but the few he sees never come close enough for him to signal them. By September or October, after his arm has healed, Prendick starts to build a raft, but he is severely hampered by his own lack of mechanical skill. After his first attempt fails, Prendick is moping in his hut when the uplifted sloth -- by now almost completely reverted -- returns. Prendick eventually realizes that the sloth wants him to follow it, and he does. The sloth leads him to a clearing in the jungle where he finds that the hyena-swine has killed the St. Bernard. The predator growls at Prendick, and simultaneously Prendick shoots it as it leaps at him. The hyena-swine knocks Prendick down, but it is already dead from his shot, and he is able to crawl out from underneath it.

With the animals almost completely reverted, Prendick realizes that he has to leave the island to save himself from them, and he makes another attempt to build a raft. Before he can launch it into the sea, he sees a sail slowly approaching the island. Prendick builds a signal fire, but the boat ignores it. The next day, the boat is close enough for Prendick to see that its two passengers are dead. The boat beaches itself, and Prendick goes aboard. He finds that one of the dead men has red hair like the captain of the Ipecacuanha. (In his introduction, Prendick's nephew states that the Ipecacuanha had gone missing.)

Prendick tilts the boat over and drags the corpses out. This immediately attracts three of the remaining carnivores, two wolves and a bear-bull hybrid. Prendick pushes the boat out to sea and climbs in. He sails around to a stream near the former village of the uplifted animals, fills an empty keg from the boat, collects some fruit, and kills two rabbits with the last of his cartridges. Prendick is ready at last to leave the island of Doctor Moreau.
Posted by Johnny Pez at 12/10/2015 08:51:00 PM

Labels: The Island of Doctor Moreau