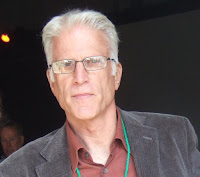 "Trump's Deal" famously began in 1984, when NBC approached veteran television producer Stephen J. Cannell about creating a "prime time soap" for them in the mold of ABC's "Dallas" and "Dynasty". Cannell agreed, and that fall NBC premiered the hour-long drama starring Ted Danson as New York City real-estate mogul Donald Trump and Czech supermodel Paulina Porizkova as his wife Ivana. NBC got the backdrop of wealth and high fashion it wanted, but it also inevitably got Cannell's quirky humor. "Trump's Deal" was as much a satire of the prime time soap genre as a member of it. Danson's Trump was a loud, vulgar buffoon who moved among New York's wealthy elite like a rhino among a herd of thoroughbred horses.

The series was not the blockbuster NBC had been hoping for, but it quickly won a dedicated fanbase, and its solid ratings made it a fixture on the network. However, network executives clashed with Cannell over the direction of the series in 1990, and he left the show. Series star Danson took over production of the show, and he made a series of changes to the show that alienated longtime fans, including writing out co-star Porizkova in favor of Shelly Long, with whom he had co-starred in the short-lived sitcom "Cheers".  The series' rating fell sharply, and NBC cancelled "Trump's Deal" in 1992.

The series was unexpectedly revived in 2004 due to a chance meeting between Danson and actor/comedian/producer Gary Shandling. Shandling was best known for "The Larry Sanders Show" (1992-1998), an HBO series in which he played a talk show host, with the series centered around the production of the talk show. Shandling was looking to produce a similar series about a reality show. Danson convinced Shandling to use the Donald Trump character as the host of the series, and the result was the second incarnation of "Trump's Deal". Now the Trump character was the host of a reality show called "The Apprentice" where he tyrannized a group of would-be business executives, firing one at the end of each episode.

"Trump's Deal" was facing cancellation again last year when Danson arranged for the series to move from HBO to AMC, this time with Aaron Sorkin as producer. Once again, the series underwent a radical change in format. Now, the Trump character was running for president in the Republican primary. Sorkin took advantage of cutting-edge CGI to show the Trump character interacting with actual Republican primary candidates, including Jeb Bush, Carly Fiorina, and Dr. Ben Carson.

Unfortunately, Sorkin's own liberal political ideology has turned "Trump's Deal" into a travesty. The loud, vulgar buffoon has been transformed into a loud, vulgar racist ideologue. And not content with having Trump run as a Republican, Sorkin has him leading the candidate field by a large margin. The result is a bizarre alternate version of the Republican primary, with frontrunner Bush reduced to a pathetic also-ran, Dr. Carson parodied as a somnolent know-nothing evangelical Christian, and Fiorina launching a series of defamatory attacks on Planned Parenthood.

Sorkin clearly intends to continue the series by having the Trump character win the Republican nomination, and rumors from the production suggest he intends to have Trump win the general election. Sorkin apparently seeks to turn "Trump's Deal" into a dark mirror-image of his celebrated NBC series "The West Wing" (1999-2006), showing a crazed Republican administration under Trump. We can only hope that AMC has better sense than to renew the series for a second year.
Posted by Johnny Pez at 12/23/2015 01:52:00 PM

Stay nearby and assist the brand new} vendor get snug dealing. Gambling with family and friends normally a|could be a} delicate state 카지노사이트 of affairs. You want everyone to have a great time and never lose their shirts. Text is available beneath the Creative Commons Attribution-ShareAlike License; further terms could apply.