The Invisible Man I: The Strange Man's Arrival 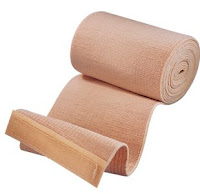 Now that I've finished reading (and blogging about) H.G. Wells' The Island of Doctor Moreau, I've decided to move on to his third scientific romance (and fifth novel), The Invisible Man, a Grotesque Romance. Like Moreau, The Invisible Man is a classic SF novel that shares the fate of all classics: everybody has heard of it, but hardly anybody has read it, including me.

Unlike Wellls' two previous scientific romances, The Time Machine and Moreau, The Invisible Man does not have a framing story or a first-person narrator. We simply have an ordinary third-person narrative, which opens with the arrival of a man at a country inn. The inn is the Coach and Horses in Bramblehurst, a fictional town in West Sussex. It's early February, there's a driving snowstorm, and the man apparently walked all the way from the railway station carrying a small black suitcase. Given the weather, it's not surprising that the man is bundled from head to toe. What is surprising is that the man is wearing goggles, so that the only visible part of his entire body is the tip of his nose. The man pays two sovereigns* for a room, and the inn's owner, Mrs. Hall, is not inclined to argue with such a generous guest, especially given how rare guests are at this time of year. Mrs. Hall, by the way, speaks with a bucolic accent that Sam Gamgee would find perfectly familiar, scolding her lethargic servant, "ain't you done them taters yet, Millie?"

Oddly, when Mrs. Hall offers to take the man's hat and coat and hang them in the inn's kitchen to dry, the man refuses, saying, "I prefer to keep them on." He also never removes his goggles. The man sits down and warms himself in front of the fire in the inn's parlour, still wearing his hat and coat. When Mrs. Hall brings the man his lunch, she sees that he has finally removed his hat, revealing that his whole head is bandaged, and she assumes that he has been injured. When she hints about it to him, he neither confirms nor denies her supposition. He does mention that he left some baggage at Bramblehurst railway station, and asks whether anyone can go get it for him. Mrs. Hall tells him that it won't arrive until the next day. It seems that the road to the station is too steep to travel in the snow. The man, though disappointed, resigns himself to the wait. He spends the rest of the day alone in the parlour.

Mrs. Hall is quite perplexed at her guest's peculiar refusal to allow his face to be seen. The reader, however, knowing that the story is called The Invisible Man, will have his own suspicions about the man's reasons. We will doubtless learn more of the man's story in chapter II: "Mr. Teddy Henfrey's First Impressions".

eToro is the ultimate forex broker for beginner and advanced traders.